According to a story in OneNewsNow, "Massachusetts legislators are considering a change to state law that would allow homosexuals who are not residents of the commonwealth to come there to 'marry.' The potential consequences of the proposal could be chaotic, says one family advocate."

This is nothing new. Massachusetts has been trying to lead the way in liberal, anti-family legislation for years. Even the (very, very few) Republican legislators have tended to go along with this trend. After all, they wouldn't want to bruise anybody's ego, or infringe upon anybody's "rights," - unless those anybodies happen to be Christians.

When I covered news at the State House in Boston I recall several occasions when the Massachusetts legislators worked hard to pass liberal legislation before any other state could. It's a matter of pride. I covered the story when the Supreme Judicial Court of the Commonwealth made homosexual marriage legal. They were first, of course.

One of the stories I wrote at that time was titled,

"A Nation Divided: How the Church Got Homosexual Marriage Legalized." In part, I wrote,

We can blame the craven and vote-mongering politicians. We can hold accountable the pro-homosexual activists. Certainly both groups deserve some of the blame for the decision of the Supreme Judicial Court in Massachusetts. The bulk of the responsibility for the cultural setting that led to such a decision, however, rests squarely upon the church.

The church is supposed to provide a moral compass for the society. Yet, the church's position of moral leadership has been compromised by liberalism, Biblical illiteracy, scandal after scandal, and timidity (read that "fear"). Many churches today have no moral compass themselves. They cannot cry out against the excesses and immorality of a generation when they have no basis upon which to base their complaint.

Until and unless Christians get their act together the losses will continue.
Return to your first love, church, then act upon what you know is right. Micah 6:8 says, "He has showed you, O man, what is good. And what does the Lord require of you? To act justly and to love mercy and to walk humbly with your God."

Through it all, God is Sovereign - and He's an on-time God.

Added to the obvious moral failure of this legislation is a more practical problem. A marriage is not only a commitment to each other and to God but it is a contract with rights and obligations like any business contract. The problem becomes that even if your state does not recognize same sex marriage if a couple is "married" in Mass. or California they are legally entitled to those rights in all states because a "contract" crosses state boarders. This is one of the main reasons for a FEDERAL marriage protection act so that the loonacy of Mass. and California won't (pardon the pun) find a back door way to becoming the law of the land. I approved this message! 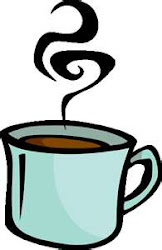